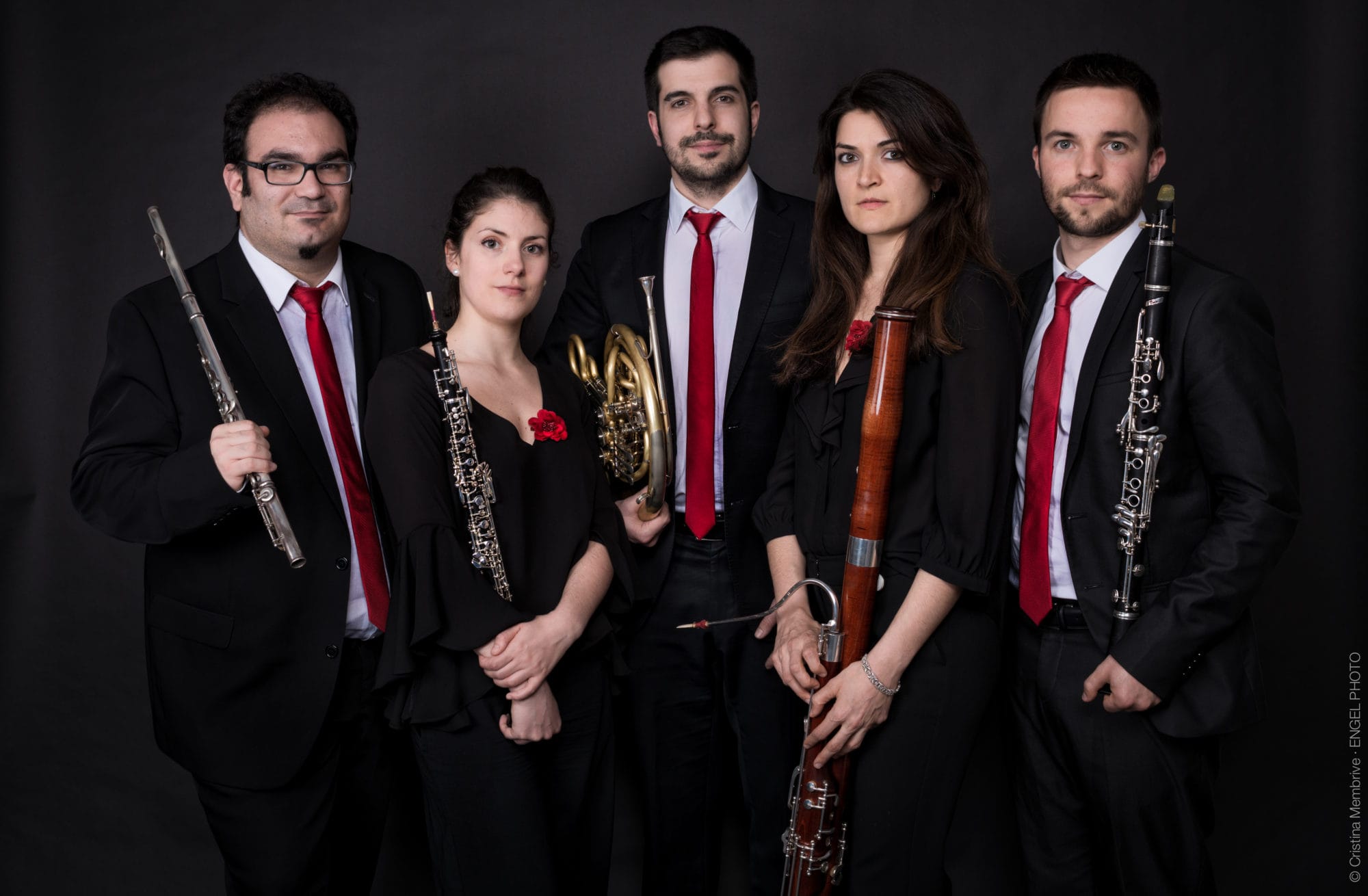 Jacques Ibert, born in Paris during the Belle Époque and witness to two world wars, is representative of the French generation of composers at the beginning of the 20th century. Ibert was awarded the famous Prix de Rome in 1919. The “Trois pièces brèves” for wind quintet is today his most popular work. In 1930, he extracted three short movements from his stage music for the comedy “The Beaux’s Stratagem” and assembled them into an independent instrumental piece. Although “Trois pièces brèves” is based on playing with polytonality, the musical score is not that complex. This is particularly reflected in the light, almost pastoral listening experience. Like Ibert, Turina, who was born in Seville, was inspired by the French Impressionism around Ravel and Debussy. In 1905, he came to Paris to study at the Schola Cantorum. His colleague Isaac Albéniz encouraged Turina to focus more on the folk music of his homeland and to create a specific music, typical of the country. Originally devised as a piano suite, “Sevilla op. 2” symbolizes Turina’s love of his hometown and his actual instrument. He dedicated the piece in Andalusian tone with the illustrative movement names “Unter den Orangenbäumen” (Beneath the Orange Trees), “Gründonnerstag um Mitternacht” (Maundy Thursday at midnight) and “Die Messe” (The Fair) to the cellist and pianist Gaspar Cassadó.

Ravel, on the other hand, dedicated his “Tombeau” to an entire era of French music history. Mourning pieces were given with this title in the baroque period. The original piano suite “Le Tombeau de Couperin”, and in particular its second dance movement, was written in the style of a Forlane Couperin. In Ravel’s work there are not only jazzy echoes but also numerous reminiscences of baroque harpsichord music. This is reflected, among other things, in the designation of the movements and the playing styles typical of the instrument, such as the broken chords. Ravel dedicated each movement to a friend who had died in the war. Only in 1919, after the war, did he orchestrate four movements of the piano suite. The later quintet version is based on this version for orchestra.

Mozart wrote his quintet in E flat major, for a performance at the Burgtheater in Vienna. He was not the only one who raved about having written his best work, because the quintet brought him great success with the audience and above all financial means. The innovative character of the work lay in the merging of two worlds: while the piano was mainly used for soloistic works in the concert hall, the wind section of the octet mostly played light music for festivities. With the slow introduction in sonata form, followed by the melodious larghetto and the concluding rondo, the structure of the quintet is initially reminiscent of the type of solo concerto. However, by continuously leading the voices in dialogue, each of the five instruments plays an equal role.