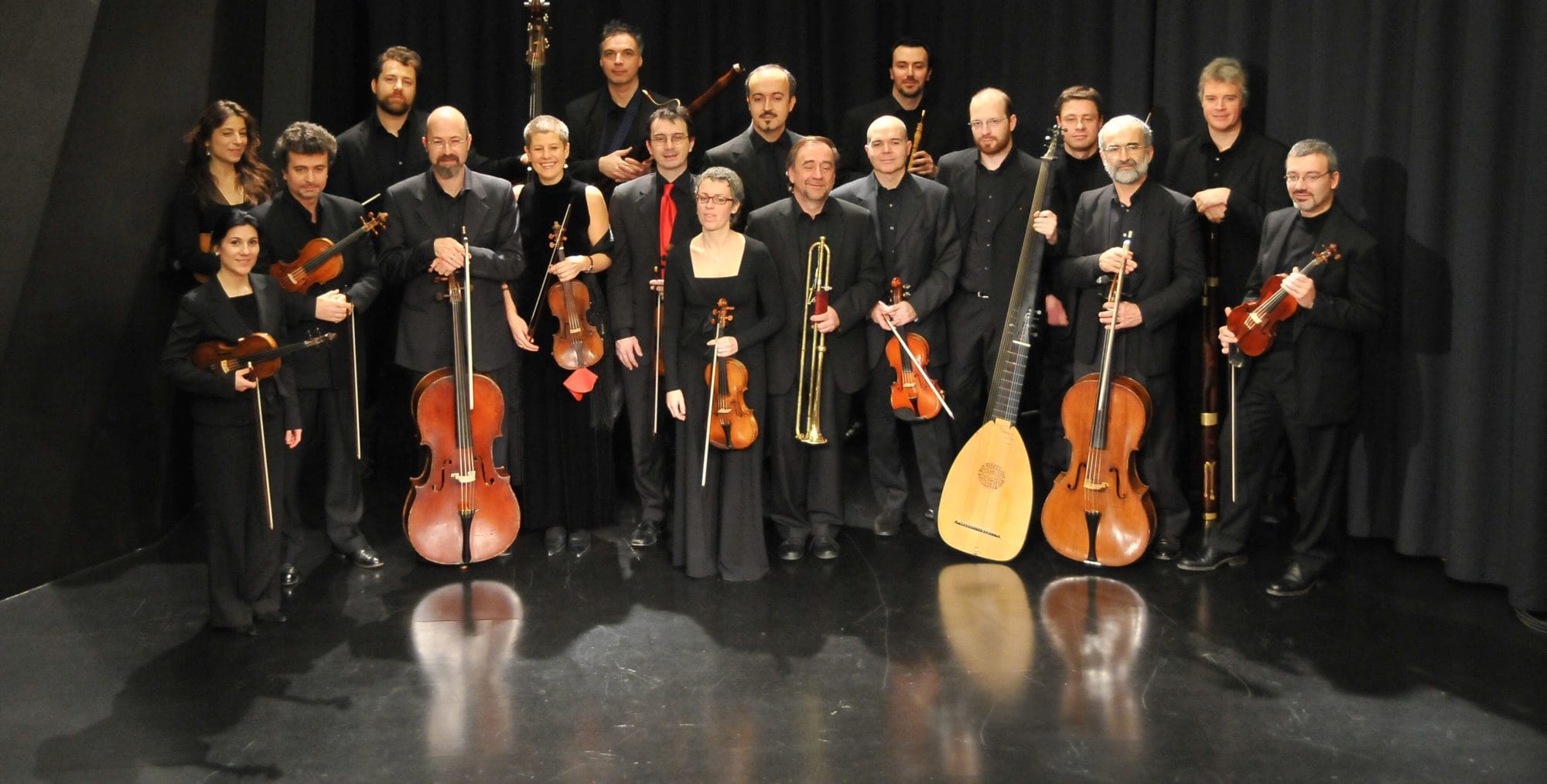 Pre-concert talk by Dr. Christine Blanken and members of Barocchisti

Venice was one of the leading centres of music, especially during the Renaissance and Baroque era. However, one architectural element was decisive in the development of the “Concerto” and its specific forms. Today, St. Mark’s basilica is both an episcopal church and a tourist magnet. Up until 200 years ago, the basilica was still the seat of the Doge, the Head of State of the Republic of Venice. In the 16th century, Doge Andrea Gritti initiated architectural transformations of the interior that paved the way for the famous musical practice of Venetian polychorality, from which the principle of concert performance and ultimately the baroque “Concerto” developed.

In 1687, when Antonio Vivaldi was born, there were already many opera houses and orchestras in Venice. Vivaldi initially opted for a spiritual career, but the red-haired priest resigned early and instead became a teacher at the “Ospedale della Pietà”. In this orphanage for young girls, which at the same time was one of the city’s four major music schools, the virtuoso violinist not only taught daily, he was also commissioned to write a weekly concerto for the girl’s orchestra. This led to an abundance of 500 concertos. Vivaldi certainly possessed the gift of fast writing, but his extraordinary productivity is primarily explained by his special compositional technique, which is based on the repetition and variation of the smallest thematic and rhythmic musical building blocks. This style of composing later led to the following statement by Igor Stravinsky: “Vivaldi hasn’t composed 500 concertos, but the same concerto 500 times.” Nevertheless, Vivaldi laid the foundation for the “Concerto grosso” with his work and is regarded as the developer of the solo concerto. Features of this form, which also established itself in Germany later, were on the one hand the slow – fast – slow sequence of movements and on the other the musical competition between orchestra and solo voice(s). In addition, Vivaldi left the soloists plenty of room for free improvisation in certain passages. The most famous examples of this type of concerto are his four violin concertos of 1725, the “Four Seasons”.

Bach, who always studied the works of his colleagues carefully, was open to new ideas and techniques. He first came across Vivaldi’s “L’Estro Armonico” concert cycle during his time in Weimar in 1713. It is a proven fact that Bach transcribed and arranged several of Vivaldi’s works for organ. The six “Brandenburg Concertos” are also in the Italian tradition, but surpass Vivaldi’s “Concerti grossi” in contrapuntal intensity. In Concerto No. 5, the string orchestra (called tutti or ripieno) is confronted by a group of soloists (concertino) with harpsichord, flute and violins. Due to the expansive solo cadence of the harpsichord in the Allegro, this is often talked of as being the “first harpsichord concerto” in the history of music.